Pandora Long will be with us in spirit as we walk the Lion’s River. She is very distressed by the threat of mining and fracking and wrote the following:

For me fracking is akin to raping the earth – it is going to take more than just saying No.

Those that are proposing to frack SA, both politicians and oil company directors, need to have criminal charges laid against them in terms of NEMA (you are not allowed to harm the environment) and our constitution (everyone has the right to a healthy environment)  We need to look at fracking ‘at a local level’ and gather stories that break the veneer of ‘respectability’ around what is being proposed and reveal fracking for what it truly is, ‘an onslaught and enslavement of people and place’ in the short term, and ecocide in the long term.

How would you feel if an oil company came onto your beloved land to start fracking?  What if your homestead was barely 100m from where the well was to be sunk and that it was your land, but you had no say in stopping them.  Maybe they choose a site only 20m from where you know the otters’ burrow is.  What if one day you have to watch while the bulldozers come in through virgin land to create new roads and start erecting the well-head.  And the heavy tracks cut through the little seeps and springs that you know trickle in spring and after only a few days, the compressed earth cracks, no longer able to act as a sponge. 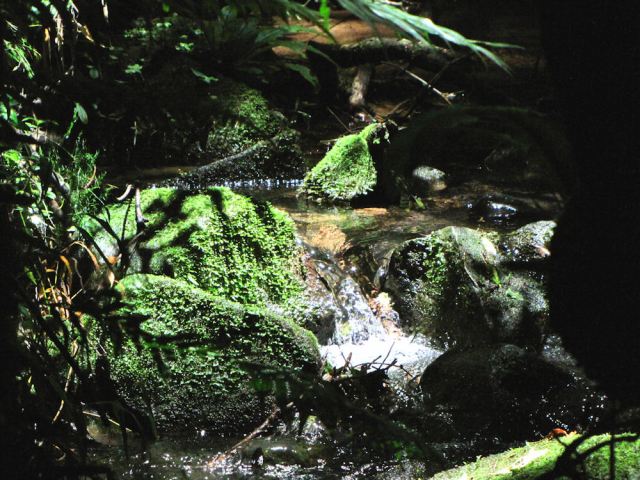 How will you feel when the first mechanical activity of arriving machines starts to cut through the peace and tranquillity of your beloved place and continue incessantly day after day as they gauge the earth and send the drill deeper and deeper beneath its surface?  Who will be there to console you as the first tankers of arsenic and toxic chemicals start to arrive.  Can you imagine your little river when they start taking millions and millions of litres of water out of the catchment, every day, and no-one wants to listen as you tell them that all the aquatic life below the extraction point no longer have pools of water to sustain them and that the river is dying.  What about that first day that they pressurise the earth with millions of litres of toxic water and you feel the earth tremble beneath your feet?

How do you feel when the shout goes up and thousands of litres of toxic water streams back up the well to lie spent in muddy pools and puddles around the base of the drilling rig.  Do you cry when it starts to rain and the once clean river turns yellow with slime?  How do you feel when your favourite stream is smothered in fines and the river bed can no longer breathe oxygen and it starts to stifle and stagnate and life cannot continue.  What do you do when you know that there are chemicals in the water but no-one can test for them?  When, no longer able to contain itself, the slimes dams slips and bursts through the drainage line and into the stream?  What do you do when no-one can drink from the stream anymore?

The above scenario is not entirely out of my imagination.  In the case of the quarry that was established on the Mpushini river – the land belonged to the NPA,  replace the toxic chemicals with diesel and dynamite,  the millions of litres was thousands (maybe millions!) held back in a farm dam, substitute fracking with blasting, the surge of water is dust and fly rock, the muddy pools and puddles, yellow river, slimes dams – is all true and when you add sewage from Lynnfield park and chemical contamination from Rainbow chickens and other industrial activities higher upstream, this is the life story of this little river.   And this little river fares better than many!!  We cannot possibly let pristine Berg streams become contaminated and the earth beneath them shattered. 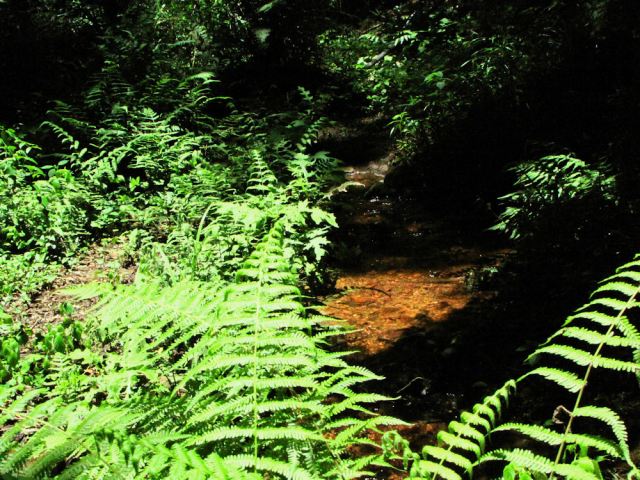 Alistair McIntosh is a Scottish academic and activist who went up against a huge international quarrying consortium that wanted to decimate a local area – and won.  In this interview he is talking about Climate Change http://www.dolectures.com/speakers/alastair-mcintosh/ – in it he explains how one can take action ‘without action’ in the face of something that seems impossible to accomplish and that somehow everything conspires to assist in achieving that goal.  I think we need to ask him to come and help us.

I live in Howick, between the river and the hills. I enjoy pre-dawn walks with my dog, sitting on the veranda with crochet and tea, and harvesting vegetables outside the kitchen door. I am particularly wild about weeds.
View all posts by Nikki Brighton →
This entry was posted in Uncategorized and tagged fracking, rivers and streams, water. Bookmark the permalink.